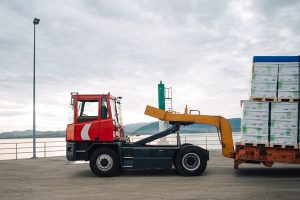 A large logistics company, based in in Munster, recently had an engine failure in one of its shunting units. The cost of a replacement engine from the OE manufacturer was approx. €15,000. As the unit was quite old the company could not justify such an investment so they contacted Murphy Engines Overhaul to supply a replacement engine.  Being familiar with the requirements of the engine, we were able to source a suitable replacement engine i.e. one that matched the one to be replaced and quoted a price of €8,000 for the engine and tailoring the engine to their specific requirements.

The company decided however to source their engine elsewhere themselves for €6,000.

When we subsequently contacted them to see how the engine replacement had gone, they advised us that they had to spend an additional €1,500 on ancillary parts but the biggest issue was the additional week that was spent customising the engine as the match was not nearly as close as they had anticipated.

While the initial financial outlay was lower, the overall cost of the engine replacement ultimately proved to be a lot more expensive and resulted in an extended period of downtime.

Similar situations with other customers have demonstrated that the independent advice offered by Murphy Engines Overhaul can lead to the most cost effective solutions being delivered.

If you  have an engine problem/emergency that looks like it is costing you too much contact us now on 021 4313434 and we should be able to help you save time and money.